How to identify support and resistance levels

Support and resistance levels are the basic concepts of the technical analysis which allow us to understand where the price is going to move next. They not only help to find trade entry points but also develop strategies which will produce positive expected value.

In this article, we are going to discuss how to identify key levels in the chart thereby boosting the number of accurate market entries.

What’s the Connection Between Levels and Expected Value

Key support and resistance levels are formed in the chart due to the actions of the big players whose positions push the price. These market players are ready to protect their money at all cost which is why it’s highly likely that these levels will work.

By determining them, the trader will be able to:

How to Determine Strong Support and Resistance Levels

Typically, there are two types of levels that are used in the market. These are horizontal levels and boundaries of the inclined trend channels.

When there is an uptrend, the support is drawn at the initial low where the second value is greater than the previous one. In contrast, the resistance line is drawn in parallel at the high between the lows.

In the downward channel, the level identification starts with resistance. It is drawn at the two points of gradually dropping highs. The support is drawn below in parallel to the resistance through a low between two highs.

In the meantime, horizontal levels can serve as both support and resistance in different scenarios. Keep in mind that the profit and the expected value depend on how accurately they are identified.

Here are the key rules on how to find horizontal support and resistance levels:


1. Start looking for the levels in the higher time frames and gradually move to the lower one you are working with.

2. The levels in the monthly, weekly and daily charts will be the strongest ones.

3. Draw the horizontal lines at the historical high and low.

4. Draw levels at the key high and low in the higher time frames.

5. Mark the levels based on shadows a strong directed movement started from.

6. Mark the levels where the price consolidated.

7. Identify mirror levels (i.e. those that worked at different times before as both support and resistance). 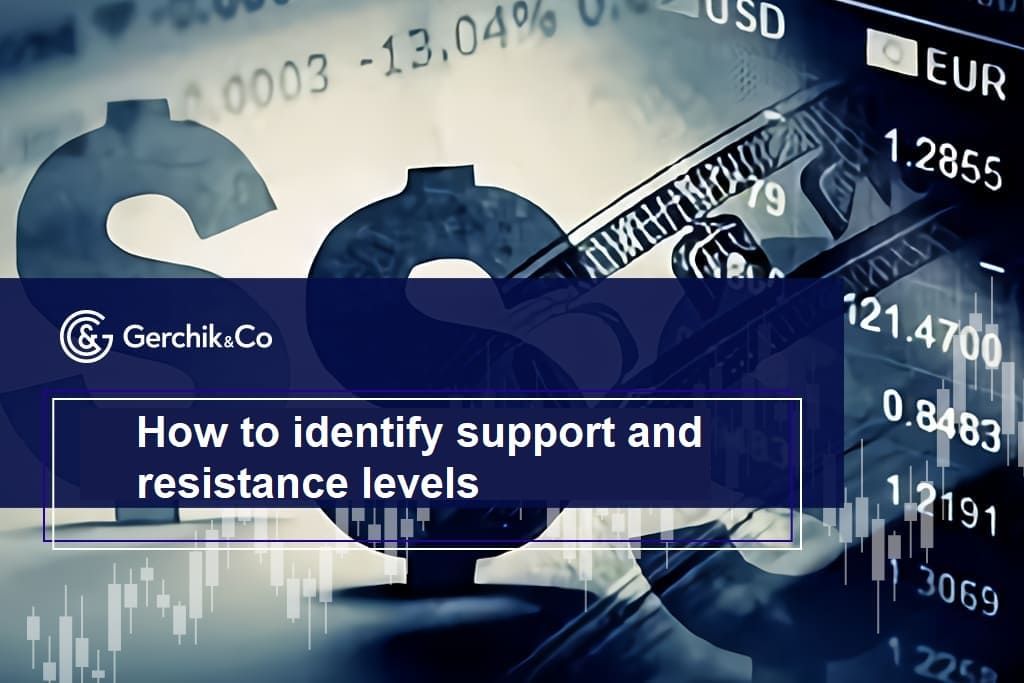 How to Trade Support and Resistance

There are plenty of level-based trading strategies. They work great and produce a high expected value in trading provided that the following two conditions are observed:

1. The level is identified correctly.

2. The trade is entered in a point with solid risk/reward ratio (there’s a movement range).

The novice traders often make mistakes when it comes to the first condition above. One needs to have a keen eye for this sort of thing. And only experience (time spent in the market) and analysis of mistakes can help you get there. However, this doesn’t necessarily mean that young traders are doomed to lose money. By learning from the experienced traders, getting expert feedback on your level identification approach and making timely adjustment to it can very well help you avoid losses.


Wish to learn how to trade in financial markets profitably?


The two most commonly used strategies when trading levels are the breakout and the bounce.

There are several rules here as well that you should be aware of and stick to:


1. Go long from support with a target at the nearest resistance.

2. Go short from resistance with a target at the nearest support.

3. Place stop loss below support when going long and above resistance when shorting.

There is another crucial aspect you need to factor in if you want to use support and resistance levels to your advantage. The position can be entered only once the level has been confirmed (by bounce, rollback after the breakout, or false breakout). In that scenario, the breakout and bounce trading techniques can become your BFFs. Make sure to memorize and follow the rules below to snatch your profits.

To retain new information better make sure to watch this video.

Protect yourself against the trading risks

using Risk Manager brought to you by Gerchik & Co!

Learn more about the service