The Consumer Price Index, shortly referred to as CPI, is an economic indicator reflecting the level of inflation in the country. It is one of the three major macro statistical indicators which measure the well-being of the economy.

Consumer Price Index demonstrates the average change in the cost of living for a certain time period. It includes prices of food, accommodation, clothes, medical care, transportation, recreation, education, and a number of other services.

CPI dynamic (i.e. its change in percentage terms) affects the exchange rate of the currencies. This is precisely why forex traders need to keep a close eye on indicators of inflation and be aware of the impact they may have on the price of the currency pair.

In the following article, we provide general information on inflation which will allow you to make money with this indicator. 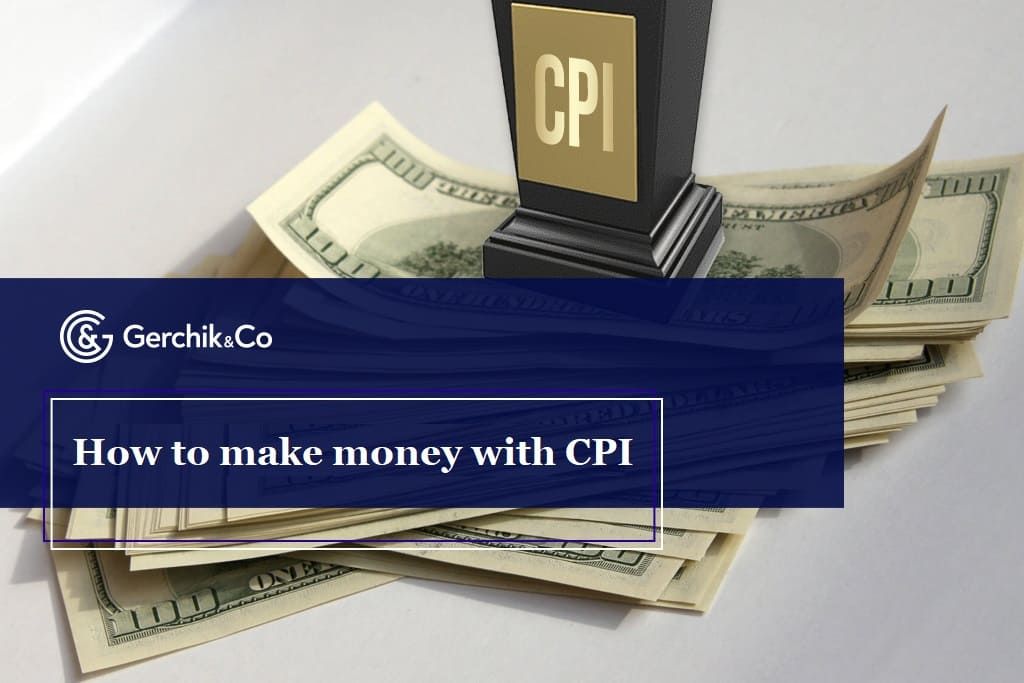 1. Consumer Price Index and Its Role in Economy
2. Why Is Low CPI a Bad Sign
3. Central Bank on Guard for Inflation
4. How to Make Money by Tracking Down the CPI

Consumer Price Index and Its Role in Economy

To assess the state of the economy, the central bank, which regulates the currency exchange rate, tracks down the GDP growth rate, labor market situation, in particular, the unemployment rate, as well as how the CPI changes. These three macroeconomic indicators are tightly linked.

Thus, when things are going well for the economy, there is a high percentage of employed people and therefore a low unemployment rate in the labor market. The citizens receive salaries while having a stable income and confidence in the future allows them to spend money. Demand for products and services increases which in turn promotes the rise in prices. The Consumer Price Index goes up as well.

At the same time, an increase in demand promotes supply, and thus the production of goods and services. The more goods and services are produced in the country, the higher the GDP. This basically evidences economic upswing and well-being.

What is GDP and how to make money on it

As far as developed countries go, their Consumer Price Index should be about 2.0-2.5%. If these figures drop below the “healthy” level, it means that the economic situation needs urgent central bank intervention and the adoption of relevant measures that are going to affect the exchange rate.

A lot of developed countries including the United States, the United Kingdom, and EU countries have been fighting low inflation for years. For instance, in the UK and the countries in the eurozone, there was a certain time until 2016 when CPI was negative. This is a situation when statistics demonstrate deflation, otherwise known as negative inflation. It may seem like a good sign that the prices that aren’t going up but essentially, it’s not. Deflation is an even bigger enemy of the economy than high inflation. And here’s why.

1. Decrease in prices means the demand is falling.

3. Due to reduced demand, the companies are forced to cancel production.

4. This leads to job and salary cuts since there is a reduction in the scope of work.

5. This hits the labor market hard.

6. People are uncertain about their financial future and therefore try to spend less money and save more.

As a result, the prices go down even more and the Consumer Price Index drops. All of this leads to a deflationary spiral and economic downturn.

Central Bank on Guard for Inflation

We have already established what the Consumer Price Index is. Now it’s time to discuss what measures are implemented by the central bank in order to get the inflation back to its regular growth rate.

If the inflation is less than 2.0%, the central bank’s task is to do whatever it takes to avoid the occurrence of the deflationary spiral. This issue has existed in developed countries long before the coronavirus pandemic. However, with the beginning of the crisis, it got even worse. This is happening in the United States as well, as the CPI has remained below this figure for years. A similar situation is observed in the eurozone, as well as other countries whose currencies are traded by most forex traders.

To quickly increase the Consumer Price Index, the central bank needs to soften the monetary policy. This is done either by lowering the interest rate or implementing/expanding a quantitative easing program. If the central bank intends to increase the interest rate (which won’t happen for a long time after the pandemic is over), low inflation data will not let it take this step.

How to Make Money by Tracking Down the CPI

Just like any other major macroeconomic indicator, the consumer price indicator is released once a month. You can learn about the dates in terms of different countries by checking out the economy calendar. The relevance of these events is indicated by red stars, red dots, or "High" markings, also meaning there is a likelihood of a spike in volatility during the news release.

Since you now know how inflation affects the economy, you can do fundamental analysis and draw your own conclusions about whether the price of the currency will go up or down given the current inflation.

1. When the inflation drops below the 2.0% mark, it’s no good for the currency. This will lead to a decrease in its value.

2. CPI that is less than 2.0% will either stop the central bank from increasing the interest rate or require the softening of the monetary policy which will also result in decrease of the currency’s exchange rate.

3. CPI dynamic plays a crucial role. If the indicator is less than 2.0% but turned out to be better than what was expected or better than the previous value, this means that the currency may consolidate locally.

Based on the algorithm above, you can make conclusions about the medium-term impact of the inflation data on the exchange rate of the currency you are trading.

That being said, there’s another way to benefit from released CPI data. To this end, you can use news trading strategy when statistics are released. If the data is better than what was expected, the price may go up in the momentum, and you can make money by opening long positions. In contrast, if the CPI figures are weaker than the forecast, this will lead to a price drop.

However, there’s one important nuance when it comes to the impact of inflation statistics on the currency exchange rate. The degree of impact depends on what the central bank and the market are focused on at the moment. In the first months of economic recovery following the global pandemic, the state of the labor market will be paid greater attention, and so the release of data on the inflation rate may be ignored, while the volatility behavior may be pretty moderate.