In the previous articles, we have reviewed several patterns. When they appear on the chart, it gives the market players an opportunity to follow the signals which are highly likely to generate profit.

Today, we shall discuss the Pin Bar, what it is, what it tells the traders and how this pattern can be traded in exchange market.

WHAT IS THE PIN BAR

So, what is the pin bar all about and how does it look on the chart? The pin bar is a graphic pattern consisting of three bars and indicating possible reversal of the previous price movement.

The middle bar of the pattern is the reversal one and it specifically points to the fact that the previous trend has ended, and you should not open the trades in its direction. 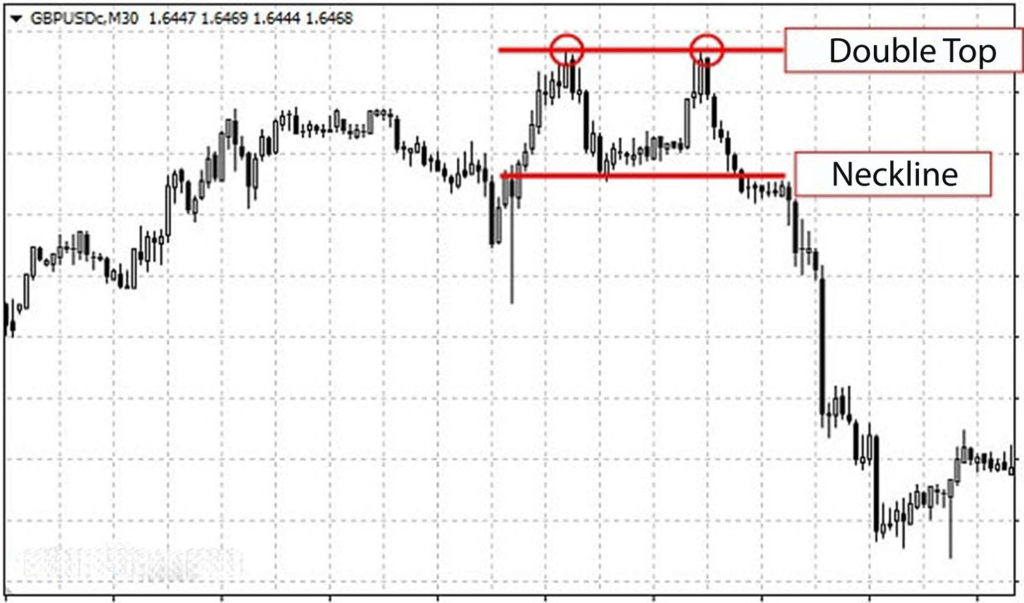 This pattern is referred to as the pin bar, since its middle bar reminds of a fictional character Pinocchio’s nose which became longer whenever he lied. It is the same here: the longer the end of the middle bar, the more likely it is that the price will change its direction after that. The highs of the two bars located on two sides of the pin bar are called the eyes of Pinocchio.

HOW IS THE PIN BAR FORMED

When the pin bar appears on the chart, it means that the mood of the market players has drastically changed within a short time period, and it will be followed by a movement opposite to the direction which the long wick of the pin bar is pointing in. Reversal pin bar is deemed to be accurately formed, when it has a very small body and a large shadow directed towards the previous price movement. The body of the pin bar has to be very close to one of the candle ends. Also, the opening and closing of the bar need to be close enough to each other. 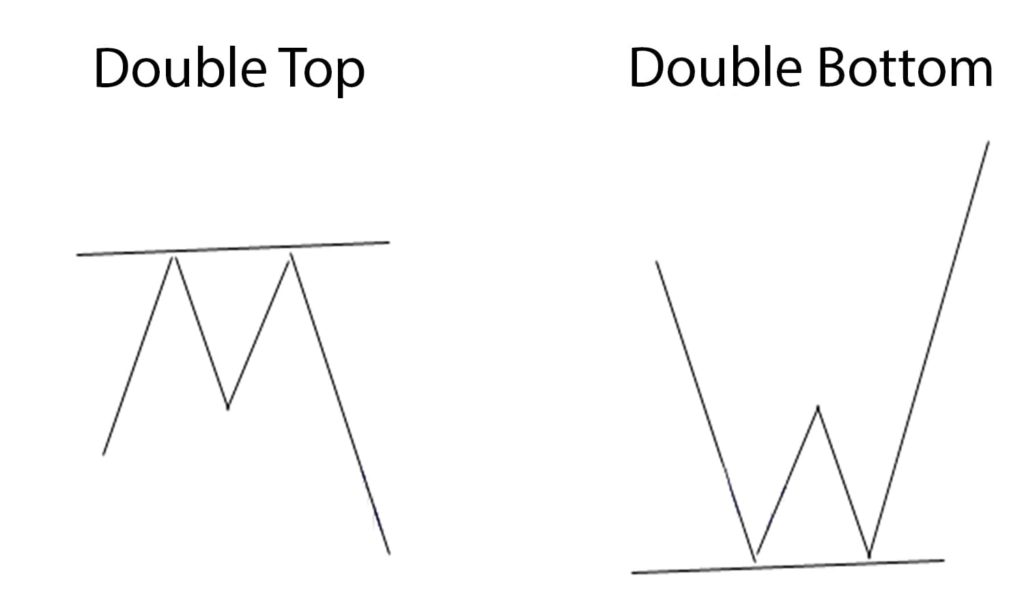 The body of the pin bar should be located within the boundaries of the previous bar i.e. not above the high in case of an uptrend and not below the low in case of a downtrend.

The reversal pin bar should stand out against the background of other candlesticks which surround it. This means that the longer the nose, the more likely it is that the price reversal will take place.

The pin bar is believed to be a stronger signal when it breaks out important support and resistance levels, Fibonacci retracement levels, highs and lows of the trend.

The pin bar’s strength also depends on the timeframe whereon it was formed. The larger the timeframe, the stronger the pin bar signal, yet the stop loss is notably larger.

HOW TO TRADE THE PIN BAR

So, now you know what the pin bar pattern is in exchange trading. Now, we are going to figure out how to trade using it.

When the pin bar which meets all of the listed rules appears on the chart, we can look for the entry points for opening the trade. There are several options of the pin bar strategy and ways to enter the trade. 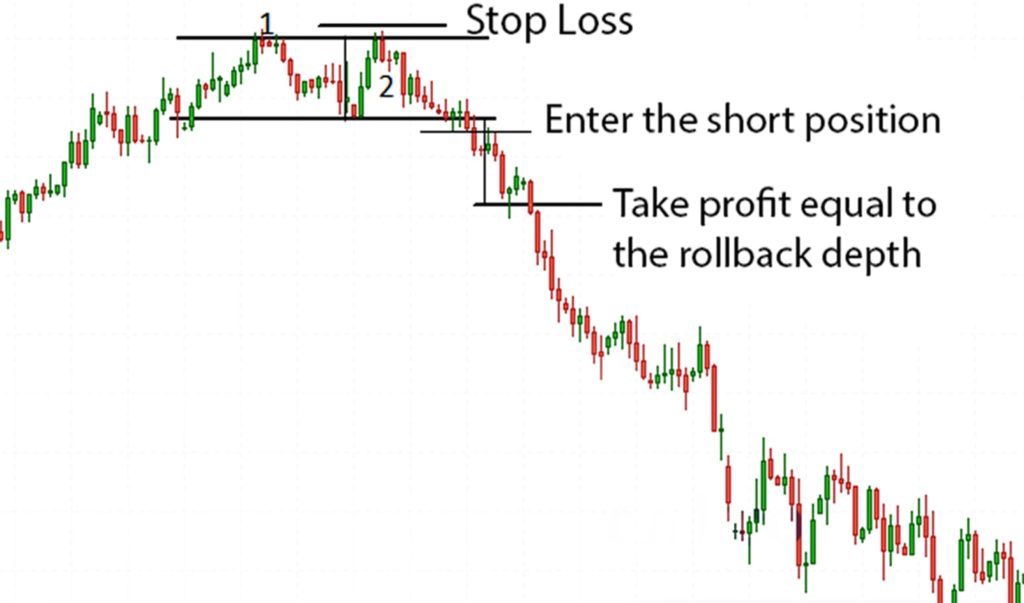 The most conservative and the least risky way is to enter the trade after the pin bar closes, and the price passes at least ten pips below the bearish pin bar or goes ten pips above the bullish pin bar.

To avoid entering during the false breakout, we wait for the price to pass more than ten pips outside the boundaries of the pin bar. By conservative trading approach, the stop loss order is also placed ten pips above or below the nose of the pin bar.

In this case, we do not wait for its breakout which would serve as a confirmation of the reversal pattern formation.

Another aggressive way to open the position is to enter the trade after the price has rolled back to the level determined by the trader. The drawback of this entry is that the trader may miss a potentially profitable trade when waiting for the price to roll back.

Now, let’s examine approaches to aggressive placement of stop loss orders. The first way is to place the stop loss order slightly higher or lower than the left eye of the pin bar formation.

In this case, the size of losses that we can incur in the trade is much smaller, yet there is a high likelihood that the price will accidentally hitch the stop loss order.

The second way to place the stop loss order lies in the fact that it is located slightly higher or lower than important level or price extremum which has been broken out by a pin bar.

This loss limiting method is less aggressive, since the stop loss is placed behind the level that serves as important support or resistance for the price movement.

According to the third method of stop loss placement, we use Fibonacci retracement levels which are drawn on the pin bar. In this case, the stop loss order is placed behind the level 61.8%. This approach is applied, if the pin bar is very large. 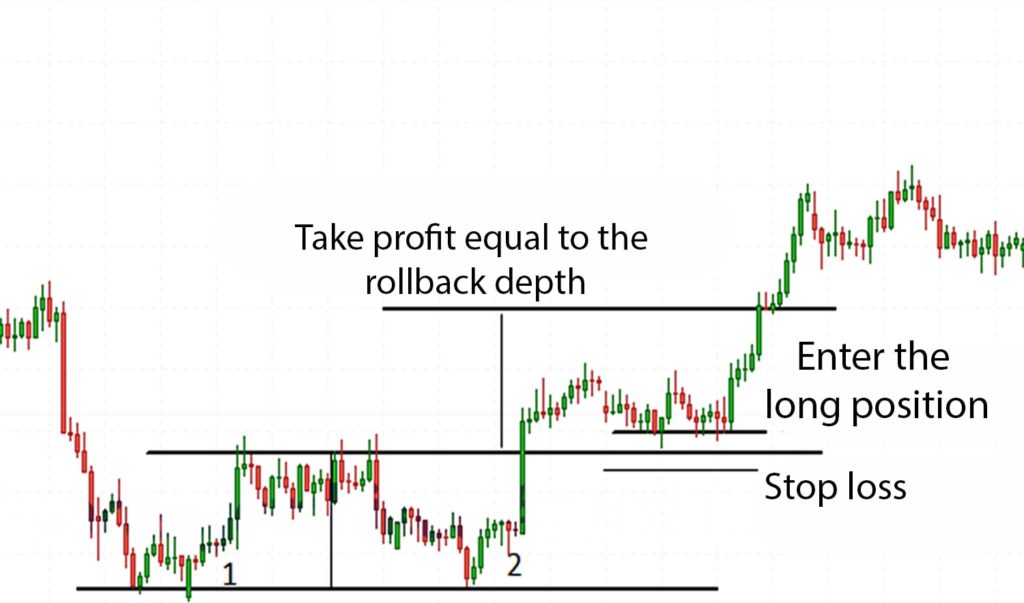 Since we have already gotten an understanding of the ways to open the position, we can safely proceed to the rules for supporting the open trade.

If the pinbar is confirmed by strong support or resistance levels, important lows or highs, MAs (moving averages) or other signals, there is less than 10 % likelihood that our stop loss will be executed.

After the price has passed certain distance in the expected direction, we need to lock in a portion of the profit and move the stop loss to a breakeven point so that our profitable trade does not end up turning into losses.

There are no clear rules regarding which portion of the position and on which level it can be closed.

Everything depends on the specific trader, his or her psychology, self-discipline and experience.

As the price moves in your direction, you can lock in the profit on important levels. The stronger the level, the bigger portion of the position you may close.

Once the price breaks out these levels, you can move the stop loss order in direction of the current price movement, placing it in a safe place.

In this article, you have learnt that the pin bar is a candlestick pattern which in most instances gives accurate signals of the further price movement, when it appears on the price chart.

Aside from that, it is not difficult to identify and interpret it, since it stands out on the chart among other candlesticks preceding its formation both in terms of its form and location.

Professional analysis of the pin bar formation in the Forex market will help you trade profitably.