What does the crude oil price depend on in Forex

A lot of traders are curious about the factors determining the crude oil price. This asset is often included in portfolios, and this is why it’s essential to understand what the quotes depend on.

It is important to understand that those who wish to buy and sell are not so much the stock exchange players trading futures - which is a secondary factor -, but rather the exporting countries and oil importers which create demand and supply in the energy market.

There are countries that produce and export oil thereby forming the supply. And then there are the countries that do not have their own oil or very little of it. So, they procure it which essentially forms the demand. The equilibrium price of this asset depends on the extent to which the volumes of purchased oil and the volumes of extraction/supply are comparable. Let’s examine this in detail. 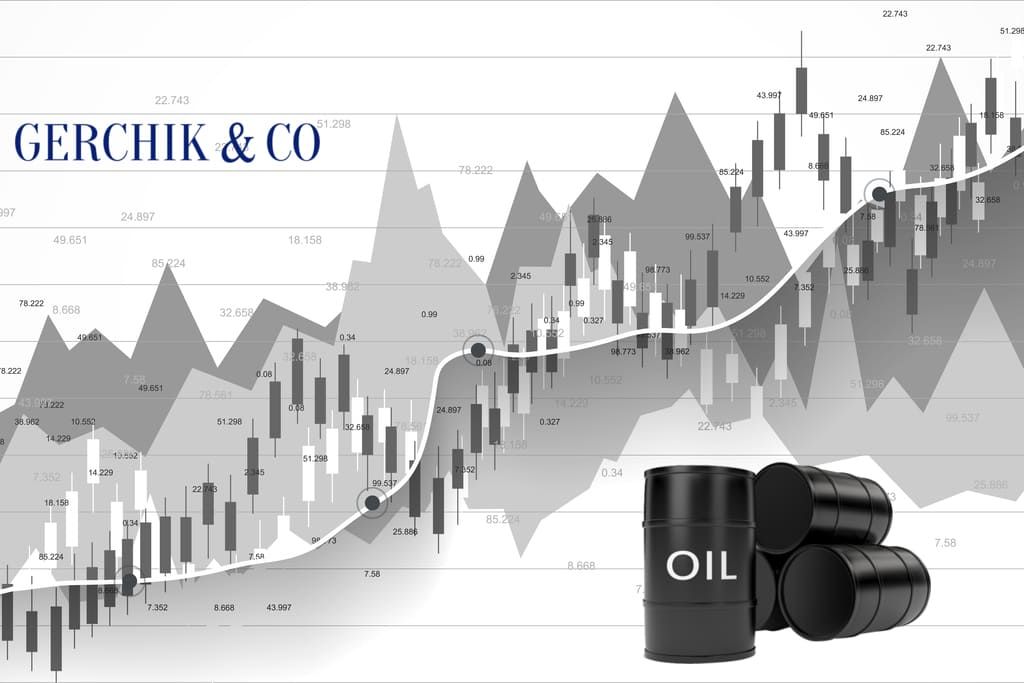 The supply in the oil market is formed by countries that are engaged in the production of the black gold and its export to the world markets. The Organization of Petroleum Exporting Countries (OPEC) was established in order to regulate the crude oil price. As of 2019, it includes 14 countries: Algeria, Angola, Venezuela, Gabon, Iran, Iraq, Congo, Kuwait, Libya, United Arab Emirates, Nigeria, Saudi Arabia, Equatorial Guinea and Ecuador.

There are other big players in the oil market that are not OPEC members, namely the USA, China and Russia. The latter is a member of OPEC+.

The pricing in the oil market in many ways depends on the OPEC. The organization uses quotas as the key leverage over the price i.e. determines how much raw material each member country can produce and export. In 2016, the alliance made a decision to reduce production in order to achieve the market balance.

The price of oil also depends on global demand, and, in particular, the level of its consumption by various countries. With the steady growth of the global economy, the demand for oil increases gradually as well. In this case, exporting countries can increase production of this resource in order to meet the importers’ demand at the current market price. That said, in terms of the crude oil price, the demand situation has been the key problem over the last few years.

The real-time price of oil depends not only on the global demand and supply balance. In financial markets, the crude oil price is driven by expectations. This is something that traders should always keep in mind.

There are not that many critical factors affecting the price; however, you should pay close attention to them throughout 2020.

In December 2019, OPEC countries decided that in the first quarter of 2020 they are going to expand the deal restrictions: by the end of March they are going to produce 500 million barrels of oil less than now. This will reduce the supply in the market and encourage the price.

The trade dispute has been going on for a year and a half. Due to the mutual customs duties, not only the Chinese, but also other countries’ economies have suffered greatly. In the course of the year, we have seen a critical slowdown in industrial production in China, Germany, and even in the United States.

What does this mean? The contraction of the industrial sector results in a decrease in its need for oil which can be clearly seen online. Demand goes down which, in turn, creates the preconditions for the price drop.

The International Monetary Fund and other global organizations are raising alarm: the global economy is getting smaller due to the trade dispute. This means that energy consumption and demand for energy drop, which puts pressure on the real-time crude oil price.

Political and military conflicts have been recently erupting in the Middle East: political upheavals in Libya, various attacks on the extracting capacities of exporting countries took place. One of the most headline-making events was the drone attack on two major oil facilities run by the state-owned oil company Saudi Aramco in Saudi Arabia. The price of oil online spiked by 20%, since the market lost 5% of supply due to the damage caused.

Against this backdrop, political and military conflicts, which jeopardize procurement, raise concerns or are a real threat to supply while supporting the price.

A conclusion about an increase or decrease in production can be made based on oil inventory statistics which is updated weekly. Typically, the American Petroleum Institute (API) releases oil supply data on Tuesday or Wednesday. Later the U.S. Energy Information Administration (EIA) publishes statistics on crude oil inventories.

This data is deemed official and has a greater impact on the price than the API figures. If the inventories are growing, this means the supply is growing too and the price drops. Decrease in inventories is beneficial for market prices.

It must be noted that there is also a seasonal factor affecting the U.S. oil production. Typically, in the fall, the tropical storms strike the coast of the Gulf of Mexico, where a portion of the American oil-producing facilities are. Due to hurricanes, oil production stops, equipment sometimes gets damaged, companies take a hit, and as a result the production and supply decline, thereby locally supporting market prices for black gold.

Crude oil price online: what should the trader take a cue from

We have examined the key factors affecting the oil market pricing. But how do you figure out where the price will go in the momentum? This is where one of the main rules of financial markets comes into the picture i.e. price is driven by expectations. In other words, the news stating that “something” is being expected to happen gets rolling before that “something” actually happens.

Let’s take a look at a historical example. In May 2018, the U.S. President Donald Trump announced the country’s withdrawal from Joint Comprehensive Plan of Action, also known as the "Iran nuclear deal" and imposition of sanctions against Iran. This meant that the largest oil exporter, which at the time was Iran, would no longer supply raw materials to the market.

This is a threat to supply reduction, and this fact is supposed to encourage the price. Although the sanctions came back into force on November 4, 2018 only, that too with certain amendments, crude oil price rose on expectations from $72 to $86 a barrel for Brent crude from May to October 2018.

As can be seen from the above, the 2020 headlines and news about the U.S.-China trade deal, as well as reports about OPEC+ taking action to reduce production following March 2020 will shape expectations about supply and demand in the market, and the real-time price of oil.


Become a customer at Gerchik & Co

and trade by crude oil under the best conditions!