7 factors affecting the price of euro

In order to understand what factors influence the price of the Euro, first of all, we need to figure out what this currency actually is and how its exchange rate is determined overall.

Euro is an official currency of the European Union which includes 19 member states. It is also among the most liquid currencies in the world. According to ISO (International Organization for Standardization), it is denoted as EUR or by symbol €. The European Central Bank (ECB) is the authority that regulates this currency.

1. What determines the currency exchange rate
2. Key factors affecting the price of Euro

What determines the currency exchange rate

A number of factors (economic, political, environmental, etc.) affect the exchange rate of the currencies. All of them are intertwined. One of the major factors is the actions taken by the central banks. These authorities adopt relevant decisions regarding interest rate in order to adjust economic indicators and exchange rates.

Three types of exchange rates are known. These are: 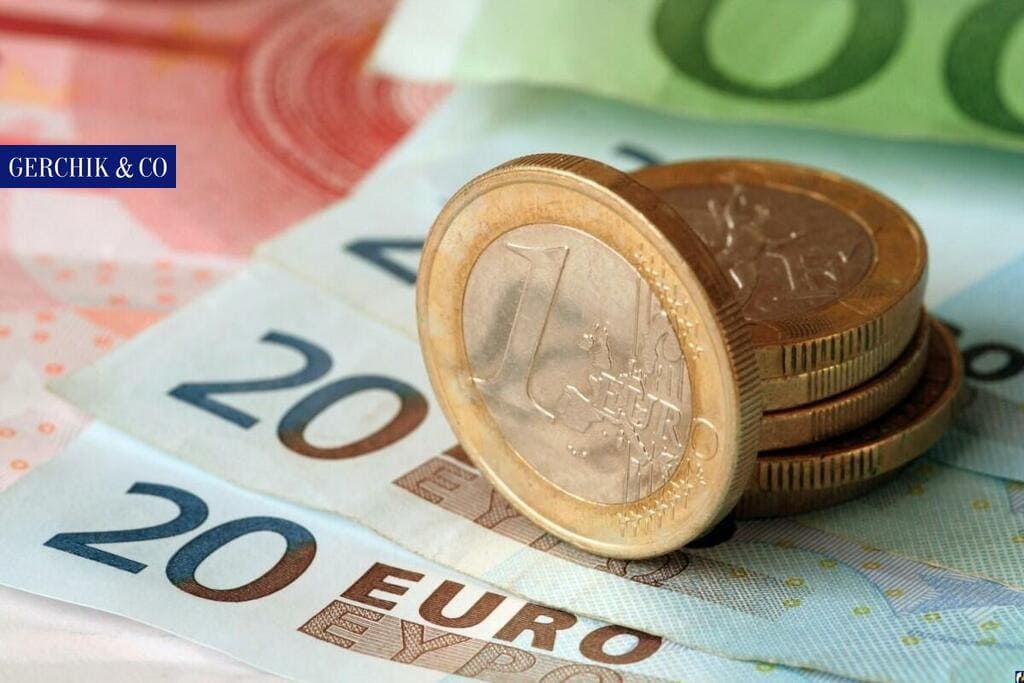 The Euro is the world’s second most popular currency. Aside from its popularity, the Euro maintains its position in the Forex market, which is why it is essential to understand what affects its value.

This independent authority is in charge of controlling the exchange rate using various financial leverages, the key one being the interest rate, which regulates the inflation process and economic growth rates.

The ECB decides on the exchange rate and changes it by analyzing the amount of money in circulation, growth data and indices associated with changes in consumer prices in the EU.

The price of one Euro is determined depending on the increase or decrease in the interest rate established by the ECB. The higher it is, the stronger the growing Euro.

2. Relation of the Euro against the U.S. dollar

Events related to the U.S. dollar have a direct impact on the Euro, making its price fluctuate. Demand for the American currency, political or economic changes in the United States influence the Euro constantly. Negative events lead to the rise in the price of the Euro, whereas the positive trends in relation to the dollar contribute to the drop in Euro’s value.

3. Stability in Europe Euro is the official currency in nineteen

European countries, which means that the price of one Euro depends on economic and political stability in these countries, as well as across the EU.

Below are the factors you should pay attention to when analyzing the EU economic and political environment:

Forecasts are a powerful tool that can cause havoc in the financial market. That said, it stands to mention that their impact is typically brief since any data needs to be promptly confirmed, and if this does not happen, the market will quickly stabilize.

However, forecasts regarding further unfolding of events in the Eurozone, the exchange rate itself, the steps taken by critical political and economic players can affect the Euro and its price. These forecasts can trigger overall panic, buy-up and sale of the currency and cause the Euro instability.

This statistics is determined by indicators listed below:

To ensure a stable exchange rate of the Euro, the economic indicators mentioned above must be positive.

European stock market indices help determine the trends in the Eurozone economies. Using them, you can identify the reasons affecting the price of the Euro.

The cross rates demonstrated by the stock market serve as one of the indicators of changes in the exchange rate. A steep drop or increase in the cross rate with the Japanese yen may change the movement direction of the EUR/USD pair during the European trading session.

Thus, make sure to pay close attention to the EUR/GBP and EUR/CHF cross rates in the course of the European session. A large number of trades can change the price of the Euro dramatically. The value of this currency greatly depends on the power balance in the market.

The price of one Euro is a result of political decisions and relations between many countries. Decisions adopted by the EU, its leaders, partners, foundations and organizations are what impacts the stability of the Euro.

It is not uncommon for the ECB and national banks of leading European countries to fail to reach an agreement on a certain political matter which results in destabilization of the Euro.

Let’s recall the decision of the European Union to overcome the debt crisis faced by the peripheral countries of the Eurozone. The lack of a consistent approach resulted in a depreciation of the Euro in 2011.

Given the above-mentioned, it is safe to say that the price of the Euro is affected by a variety of factors that are determined by the key players, such as countries, banks, political leaders, analytical agencies, and stock exchanges.

If you are trading the Euro, you need to keep a close watch on the trends and analyze them. Keep in mind that certain factors can be artificially created in order to destabilize the foreign exchange market. So, stay focused and trade cautiously!

Protect yourself against the trading risks

using Risk Manager brought to you by Gerchik & Co!

Learn more about the service

Why should use Risk Manager you will know below